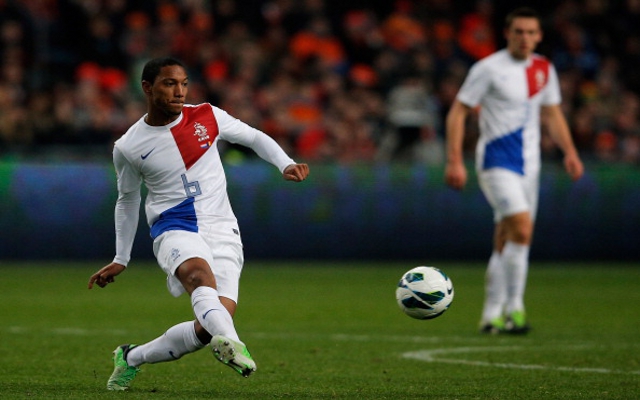 Anfield side keen on nabbing playmaker currently on loan at Swansea City.

Liverpool boss Brendan Rodgers is apparently confident he can secure the signing of Dutch international Jonathan de Guzman from under the noses of his former club Swansea City.

The Metro claims that the Anfield side are ready to hijack the Welsh side’s push to make the 25 year old’s loan move a permanent one.

Liverpool believe they could lure De Guzman to Anfield for a fee as low as £5m with his Villarreal side deep in financial dire straits and keen to sell the player to help balance the books.

De Guzman has had an excellent season at the Liberty Stadium, becoming a regular in Michael Laudrup’s side, racking up 30 starts in all competitions and producing eight assists and eight goals and in the process helping Swansea City to a Capital One Cup triumph and a likely top half finish in the Premier League.

Rodgers may be keen to add creativity to his midfield and a move to bring in a player of De Guzman’s quality at a cut-price fee is one that would be hard to resist.

De Guzman’s form this term has led to his first Dutch national team call-up, starting both of Holland’s recent World Cup qualifiers against Romania and Estonia.