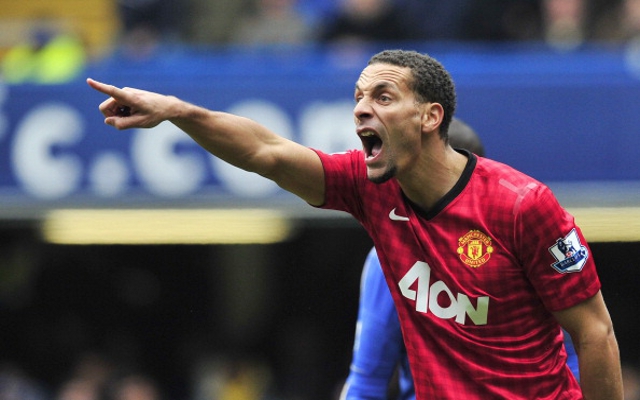 Upton Park side keen on snapping up Old Trafford centre-back.

West Ham have set their sights on re-signing defender Rio Ferdinand. The Daily Star claims that Sam Allardyce will look to lure the 34 year old back to his former East London stamping ground this summer as the Hammers look to make high-profile additions to their squad ahead of their move to the Olympic Stadium in 2016.

Allardyce, who is set to sign a new three year contract to remain as West Ham boss, hopes to persuade Ferdinand to make a West Ham return with his current Man United contract set to come to an end this summer with no new deal having been offered to the England international as yet.

The Peckham born centre-back may be open to a London return and may feel that the timing is right to consider a move back to West Ham, especially if he feels that he is surplus to requirements at Man United.

Ferdinand has perhaps seen more first team action that he would have expected this season, mainly down to Nemanja Vidic’s continued injury concerns, and the fact that no new contract offer has been made by Sir Alex Ferguson is a sign that his future may lie elsewhere.

Rio Ferdinand spent a sizable portion of his football career at West Ham, joining the club as a 13 year old and leaving after five and a half seasons in the first team, racking up 146 appearances in the process before being sold to Leeds United in an £18m deal.