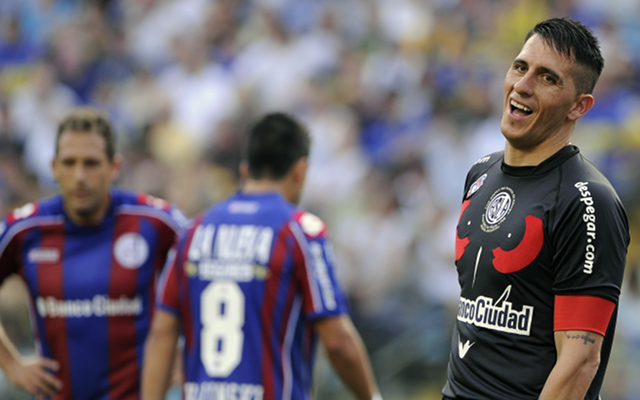 San Lorenzo goalkeeper, Pablo Migliore, was arrested on the pitch following his club’s 1-0 defeat to Newell’s Old Boys on suspicion of aiding and abetting a notorious ultra who is wanted by police for homicide.

The 31-year-old captain of the Argentinian side is believed to have helped hide a man named Maximiliano Mazzaro, who reportedly beat a neighbour to death three months ago. He has been on the run since, according to the Guardian.

Mazzaro, who is the second in command of Boca Junior’s Barras (hooligans) was allegedly in touch with Migliore during his escape.

San Lorenzo are celebrating their 105th anniversary and are under close watch from the media following the announcement of  the new pope’s support of the club.

The goalkeeper, though, has remained in jail over the weekend and has refused to testify and will likely stay there until Wednesday at the earliest when he will able to request his release.

Relationships between hardcore fan groups and players are common in South America and will most likely be re-examined after this incident. The extent of Migliore’s relationship wirh Mazzaro isn’t known, but the goalkeeper did play for Boca between 2006-08.

Club president, Matias Lemmens has stated that he will stand by the player; “He wasn’t expecting this; we’ll ask for his release and the club will respect his contract,” he said.