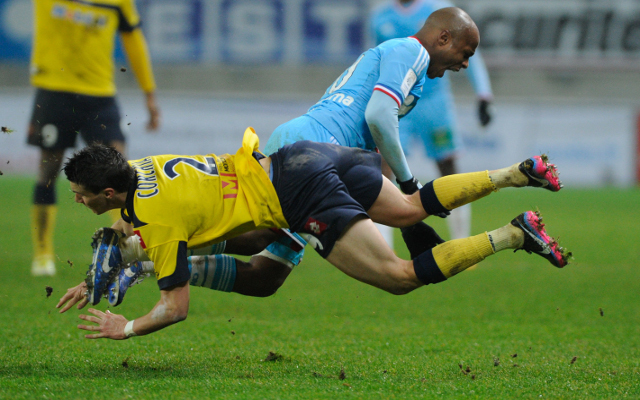 Arsenal and Tottenham have been put on alert after Sochaux’s Sebastien Corchia hinted he could leave the club at the end of the season according to talkSport.

The French defender has been highly impressive for his club this season and has attracted the attention of a number of top Premier League sides.

The North London clubs are thought to be leading the race for the player’s signature and are rumoured to both be preparing summer bids for the right back.

Arsenal boss Arsene Wenger is keen to bring in a new right back this summer with Bacary Sagna’s future at the club looking increasingly uncertain.

Sagna publically criticised the club’s transfer policy last summer following the sale of striker Robin Van Persie to Manchester United and it is thought that Wenger may look to move the player on once the transfer window re-opens in June.

Tottenham boss Andre Vilas-Boas is also keen on bring Corchia to White Hart Lane as he looks to provide competition for Kyle Walker. While Walker’s performances have improved as the season has gone on, the England defender started the season slowly and AVB is keen to bring in some competition for Walker to ensure he remains at the top of his game.

Corchia has insisted he is focused on helping Sochaux avoid relegation this season but dreams of playing for a big club one day in the future.