Arsenal are close to completing a deal to sign long term target Stevan Jovetic having reportedly agreed a fee with Serie A side Fiorentina. The 23 year old is already thought to have agreed personal terms with the North London club and appears keen to join the Gunners ahead of a number of other potential suitors.

The 23 year old Montenegro international has been strongly linked with a move to the Emirates Stadium and Arsene Wenger has been scouting the former Partizan Belgrade forward for the best part of six months.

Fiorentina boss Vincenzo Montella has already planned ahead for the loss of Jovetic by bringing in Villarreal forward Giuseppe Rossi, being acutely aware that the in-form Serie A striker was ready to leave the Stadio Artemio Franchi after spending five seasons in Florence.

The fee Arsenal will have to fork out is said to be in the region of €30m (£25.4m) which would see the Premier League side break their club record transfer outlay by some distance, beating the £15m spent on Andrei Arshavin back in 2009 following an impressive Euro 2008 display. 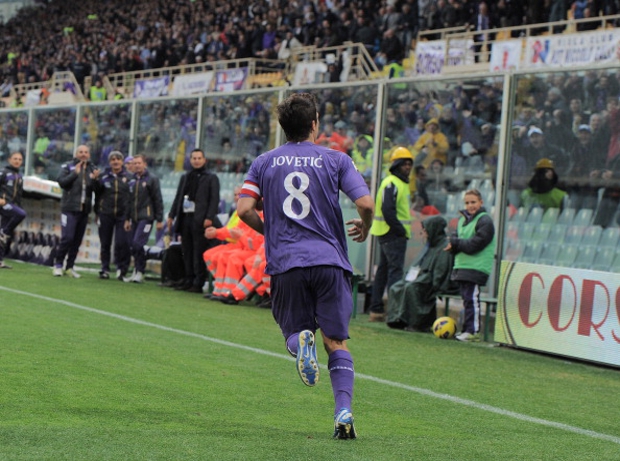 Though Wenger is said to be pleased with the debut seasons put in by his three summer signings; Olivier Giroud, Santi Cazorla and Lukas Podolski, the Arsenal manager still feels he needs to strengthen his striking options and sees Jovetic as a player who can vie for the spot up front or be used in the hole behind the lead forward.

Jovetic’s style of play, his ability on the ball and speed of thought are attributes that lend themselves well to Arsenal’s footballing philosophy and Wenger is said to be happy to stump up a big fee for the Serie A attacker as he has been handed a sizable transfer war-chest that he has been encouraged to spend.

There is however one big proviso to a deal being struck and that is a Champions League berth. Personal terms with Jovetic are thought to depend on whether Arsenal secure a top four finish. A four year deal is apparently on the table and his salary demands are thought to be on a par with the club’s current top earners Podolski and Theo Walcott. 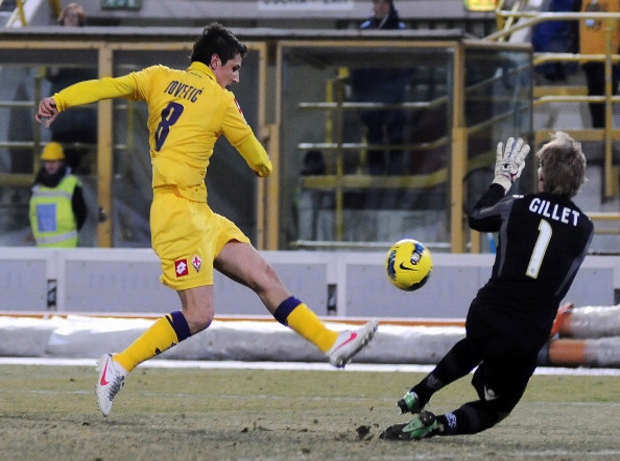 Jovetic has steadily grown during his stint in Italy, initially playing in a floating role but converting into a more orthodox striker the Fiorentina man netted 14 goals in 27 Serie A starts last season and has scored 12 in 25 thus far this term.