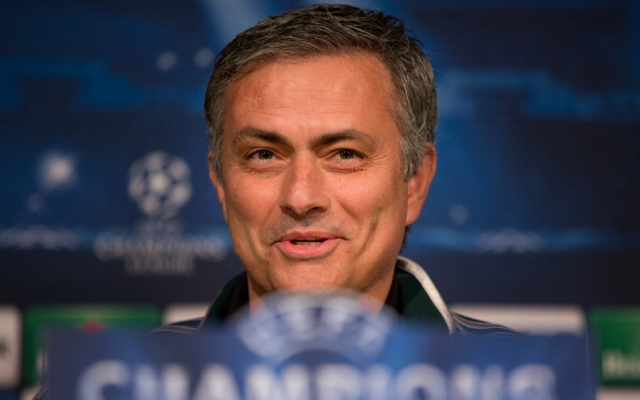 Portuguese boss refuses to answer questions on his future with the club.

Check in to Real Madrid vs Galatasaray

Real Madrid boss Jose Mourinho refused to answer questions regarding his future at the club according to BBC Sport.

The Portuguese boss was facing questions ahead of the Champions League quarter-final first leg game against Galatasaray.

That game is likely to see him go up against his former players Wesley Sneijder and Didier Drogba, the latter of which has suggested Mourinho could be tempted by a return to former club Chelsea.

The ‘Special One’ has admitted that he is hoping that his next job will be in England, sparking speculation that he could be set for a sensational return to Stamford Bridge.

Chelsea are currently drawing up a short list of potential candidates to replace current interim boss Rafa Benitez. The former Liverpool manager has been deeply unpopular at Stamford Bridge and the Chelsea hierarchy are keen not to make the same mistake again.

The fans’ favourite for the job would be Mourinho who forged a strong relationship with the club during his three year spell in charge.

Mourinho looks likely to leave Real Madrid this summer with senior players in the Bernabeu dressing room expressing their displeasure with the Portuguese boss’ management style. The club have also lost significant ground in the race for the La Liga title as they currently sit 13 points behind bitter rivals Barcelona.