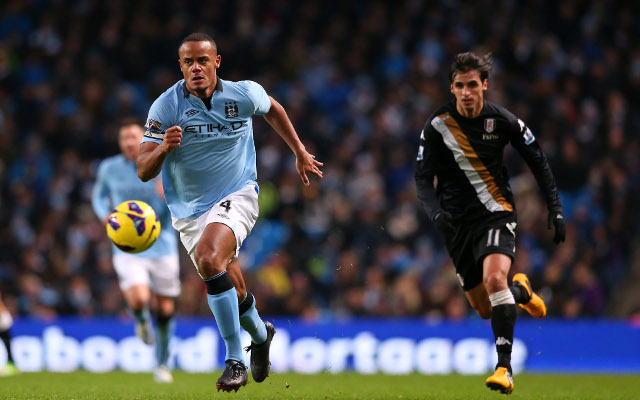 Belgian reports suggest that Man City skipper Vincent Kompany and boss Roberto Mancini have fallen out over the centre-back’s commitment to his national team.

SportWereld claim that Mancini’s comments over Kompany’s inclusion in a recent World Cup qualifier have angered Kompany and could lead to the talented centre-back looking to leave the Etihad Stadium.

The report states that the 26 year old blames the relatively slow recovery from injury down to Man City physio team and that his treatment at international level is such that he was fit enough to play for Belgium sooner than had been expected.

This source also points out that a similar ‘Club vs Country’ row led to Kompany’s departure from Bundesliga side Hamburg.

Roberto Mancini can ill afford to lose Kompany, who is arguably one of Man City’s most valuable performers, but if a the relationship between the Italian and the rock solid defender is not resolved soon then by the summer there could be a number of Europe’s ‘Elite’ gleefully ready to make a big money offer.

Kompany is into his fifth season at Man City and has racked up 192 appearances for the Premier League title holders and is by some distance the club’s most proficient defensive commodity.