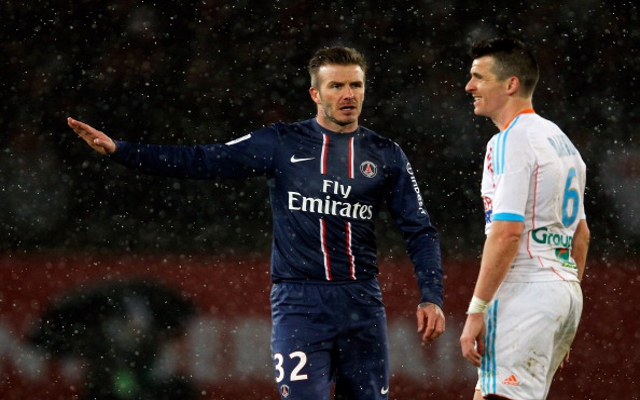 Marseille midfielder Joey Barton has found himself embroiled in a public war of words with PSG’s Thiago Silva according to Sky Sports.

The two clubs are currently battling it out for the Ligue 1 title and tempers appear to have been flaring in recent days with Barton and Silva exchanging a number of barbs at each other.

Barton initially ignited Silva’s fury after publically suggesting that Neymar’s talents have been over-hyped. Barton also went on to criticise the PSG squad.

Silva has come to the defence of his Brazil and PSG team mates, saying ‘There is even a Marseille player, I cannot remember his name, an Englishman, who has said bad things about Neymar, and Brazilian football, but also about Beckham and Ibra [Ibrahimovic].

‘As no one is talking about him, it seems fun to him to criticise great players for people to know he exists.’

Silva reminded Barton that no other country in the world has as many stars on their shirt as the Brazilians.

The stars on a national team’s shirt denotes how many times they have lifted they World Cup trophy.

Barton was quick to respond to Silva by using the social media platform Twitter. The midfielder responded to Silva’s criticism by suggesting the centre-back was another over-rated Brazilian and had suffered injury problems this year because of his over-eating.