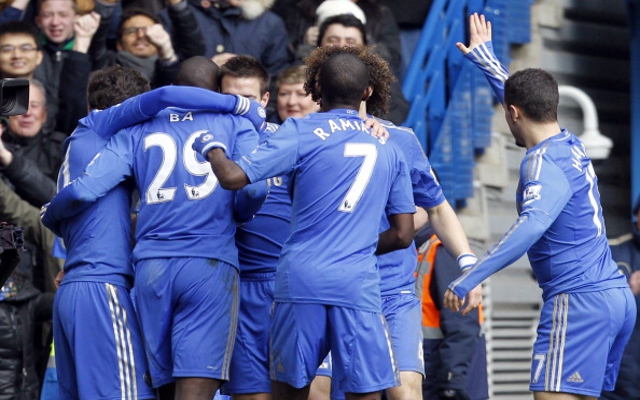 Chelsea striker Demba Ba has claimed that he would rather win a trophy with Chelsea this season than qualify for the Champions League according to The Times.

The Senegalese forward joined the club from Newcastle during the January transfer window and has put in some impressive performances for the side in recent months.

Ba netted the winner during the club’s FA Cup quarter-final replay tie against Manchester United when he hit the ball on the volley sending it sailing into the top corner.

That has booked the club a semi-final match up with Manchester City but Chelsea boss Rafa Benitez has come under criticism from some quarters in recent days as he rested a number of key players as preparation for the game against United.

Chelsea played Southampton two days earlier in the Premier League and went down to a 2-1 defeat with a number of their key stars missing.

That allowed Tottenham to leapfrog them into third place with some suggesting that Benitez had his priorities wrong.

But Ba has leap to the defence of the interim Chelsea boss claiming he would prefer to receive a medal this season than qualify for the Champions League. Ba insists that the Chelsea dressing room are more focused on winning a trophy than they are on securing a top four finish.