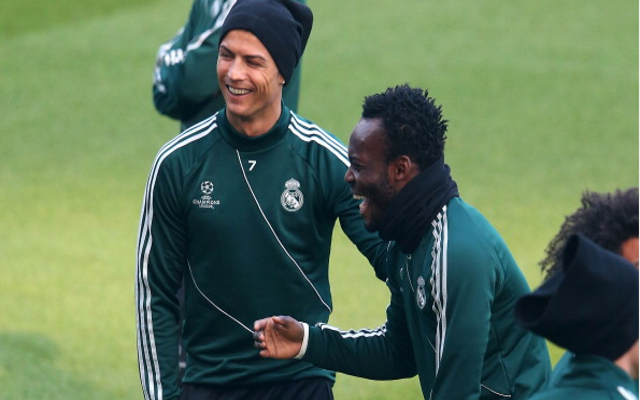 Midfielder returning to Chelsea once loan deal at Madrid expires.

Michael Essien has revealed that he is expecting to return to Chelsea at the end of the season according to Sky Sports.

The Ghanaian midfielder is currently playing in La Liga on a season long loan deal for Real Madrid.

Essien has struggled with injuries during the last few seasons and was deemed surplus to requirements by former Chelsea boss Roberto Di Matteo last August.

The player decided to join up with former Chelsea boss Jose Mourinho at Real as the Portuguese boss remains a firm admirer of the player.

Essien has made nearly 30 appearances for the Spanish giants this season and is highly regarded for his versatility. While the player is most comfortable in a defensive midfield position, Essien is also capable at filling in across the backline.

But with both Chelsea and Real Madrid uncertain over who will be managing their teams next season, a permanent move to Madrid seems unlikely.

Reports in recent months have strongly linked current Madrid boss Mourinho with a return to Stamford Bridge come the summer.

Regardless of whether Mourinho eventually joins or not, Chelsea are keen to make sure the eventual successor to interim boss Rafa Benitez has the choice about whether to retain Essien’s services.