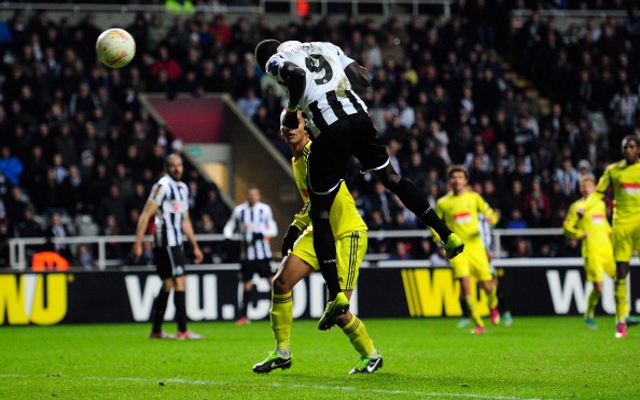 Newcastle United striker Papiss Cisse has expressed his desire to remain at the club for a long time according to ESPN.

The forward admitted that he has not managed to replicate his form from last season but is keen to improve on his form and help the club establish themselves higher up the Premier League table.

Cisse joined the Magpies in January 2012 and immediately made the headlines after a spectacular long range effort against Chelsea.

But just like the team, Cisse has struggled to repeat his feats from the last campaign as Newcastle find themselves just three points clear of the relegation zone.

Cisse remains confident that the club will retain their Premier League status and has admitted he feels at home at St. James’ Park.

He believes opposition defenders may have worked out how to play against him but he is keen to work hard in training and return to hitting the back of the net on a regular basis.

Cisse also revealed he is dreaming of success in the Europa League. He believes the club have every chance of lifting the trophy and insists the team will not make it easy for the opposition during their tough quarter final tie against Portuguese giants Benfica.