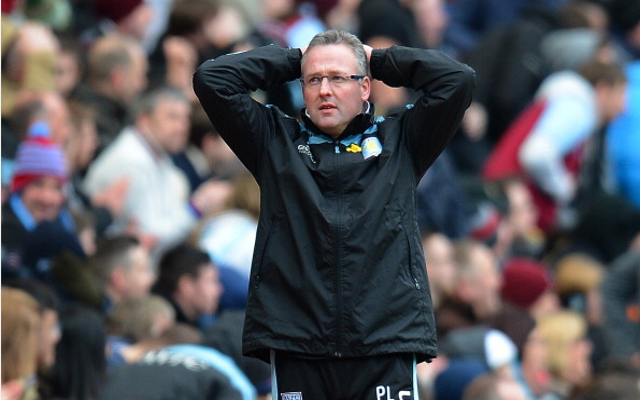 Villa boss believes inexperienced side will avoid relegation from the Premier League.

Aston Villa boss Paul Lambert is remaining upbeat about his side’s chances of avoiding relegation according to Sky Sports.

The Scottish manager saw his side slip back into the relegation zone following their defeat to Liverpool at the weekend and Wigan’s 1-0 victory over Norwich.

Villa currently lie 18th in the Premier League, level on points with Wigan, who sit one place above them on goal difference, although the Latics do have a game in hand.

Lambert has insisted that his team have the ability to climb out of the relegation zone before the end of the season and retain their Premier League status.

Villa currently have one of the youngest teams in the division but Lambert believes the fact that they have been fighting for their survival all season will put them in good stead as we enter the closing stages of the current campaign.

Lambert pointed out that a number of teams in the bottom half of the Premier League could still get sucked into the relegation zone and believes Villa could have an advantage as they have battling the pressures of a relegation dogfight all year round.

The Villa boss believes the psychological impact of becoming embroiled in a relegation battle could impact a team that had previously thought themselves to be safe.