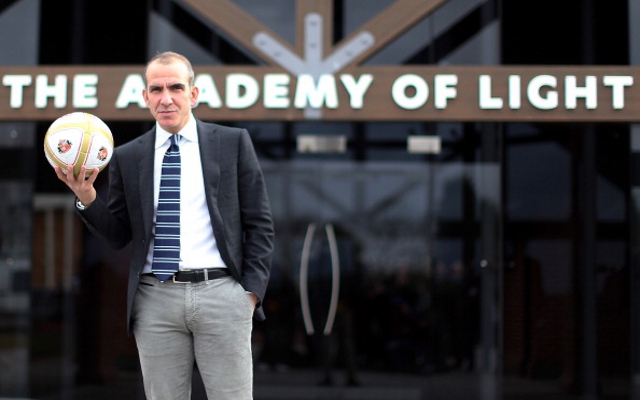 The Italian manager has found himself embroiled in controversy since taking over from Martin O’Neill at the Stadium of Light on Sunday.

His appointment led to the resignation of former Labour MP David Miliband from the Sunderland Board as well as the Durham Miners’ Association requesting that their banner inside the ground be removed.

Di Canio suffered a ban and a fine during his time at Italian club Lazio for making a straight-armed salute at the club’s fans. The gesture is thought to carry Nazi connotations and a young Greek midfielder was banned from the national team for life recently for doing something similar to the AEK Athens fans.

Di Canio insisted he was not a political person and would not answer views about his beliefs but has been forced into clarifying his position.

The ex-Swindon boss denied that he was a racist, or that he supports the ideology of fascism.

The Italian stated that he respected everybody and intended to focus only on football from hereon in.

Sunderland currently sit just one point above the relegation zone and face a battle in the remaining seven games to retain their Premier League status.