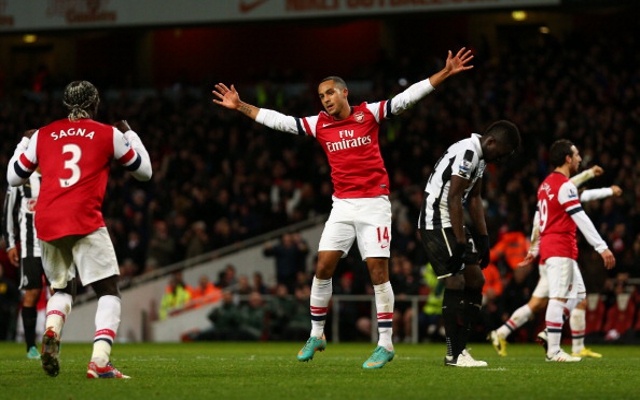 Theo Walcott is desperate to win trophies at Arsenal according to The Daily Mail.

The club are currently facing up to the prospect of going eight seasons without winning any silverware.

They may even have to deal with playing Europa League football next season should they fail to finish in the top four, something that has not happened since Arsene Wenger joined the club.

Walcott has spoken of his burning desire to help the Gunners put an end to that drought and add some silverware to the Emirates trophy cabinet.

The England star has become a key member of Wenger’s team this year after agreeing a new long term deal with the club in January. Walcott made his 250th appearance in Arsenal shirt against Sunderland last month but looked to be on his way out of the club before new terms were agreed at the start of the year.

But Walcott insists he is not bothered about how many appearances he makes for the club and is solely focused on winning trophies.

Walcott has set Arsenal the target of having won a trophy by the time he hits 300 appearances in a Gunners shirt.

The winger insisted he is happy with his contribution this season as he has increased the number of assists and goals he has registered for the team.