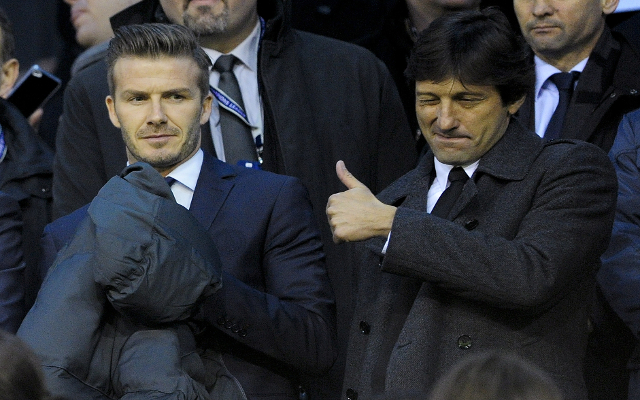 Barcelona, Real Madrid and Bayern Munich are weighing up a summer move for Manchester City captain Vincent Kompany, 26, who fell out with manager Robert Mancini after refusing to pull out of Belgium’s World Cup qualifier against Macedonia even though he had only just recovered from a calf injury.

Norwich manager Chris Hughton is plotting another raid on his old club Birmingham – this time for 19-year-old winger Nathan Redmond.

West Ham miss out on starlet

Blackpool are facing their FIFTH managerial change of the season after it emerged that Paul Ince is a shock candidate for the job at struggling Leicester.

Beckham will wait until June to consider new PSG deal