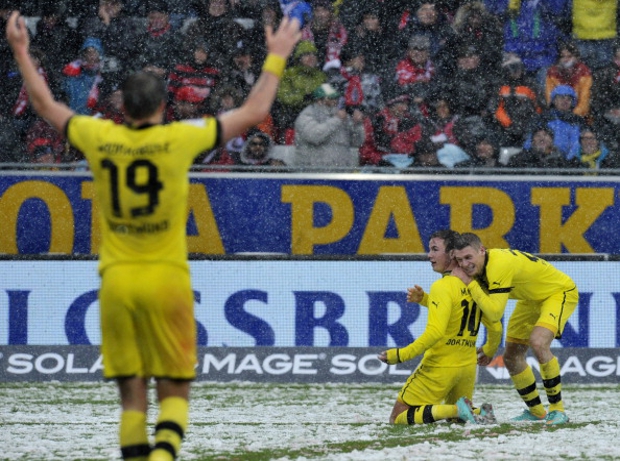 Another Dortmund player linked with a move to the Northwest is Lewandowski’s partner in crime, Mario Gotze.

The talented 20-year-old has been perhaps the most vital element to the club’s recent success. Blessed with speed, excellent technical abilities and a flair for creativity, Gotze is on the fast track to becoming a real world-class player.

Primarily operating just behind the strikers, he is a natural born playmaker who has provided Lewandowski with the lion’s share of his goals with his accurate passing, as well as chipping in with a few of his own.

Arsenal are rumoured to be preparing a summer raid for the young German international but, like Lewandowski, he’s stated a preference for joining United instead.

Talented, but also level headed and grounded, he’s got no illusions about which move would be best for his career, and under Ferguson he’d have a manager who has seen it all and done it before.

Already on 22 caps for the national side, he’s currently helping Germany coast to the World Cup next year and will surely make it to the ‘100 club’ before he turns 30 should he continue to grow at the rate he has been.