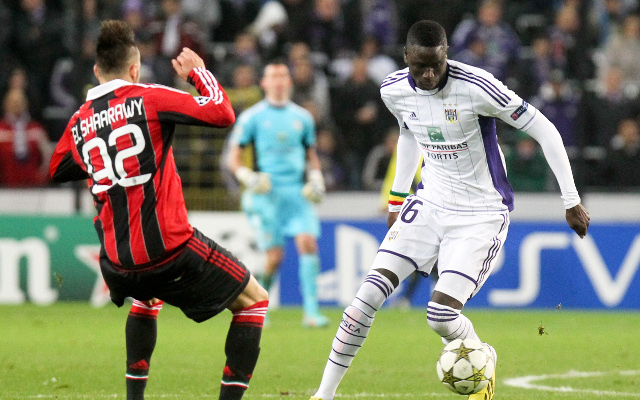 Anderlecht’s Cheikhou Kouyate has revealed he is hoping to secure a summer move to Arsenal according to Sky Sports.

The defender has already signalled his intention to leave the Belgian club when his contract expires at the end of the current season.

Arsenal have been linked with the player in the past and manager Arsene Wenger is known to be in the market for defensive reinforcements.

The Frenchman has become frustrated with his defence this season as he has watched them commit a number of high profile blunders that has cost them valuable points as they look to secure a top four finish and a place in next season’s Champions League.

Kouyate refused to speculate about which club he may eventually end up joining but expressed his desire to play in the Premier League.

The defender insisted he remained 100% committed on finishing the season with Anderlecht and would not be distracted by speculation regarding his future.

Arsenal are likely to face competition for the player’s signature with a number of top European sides reportedly also interested in Kouyate.

Borussia Dortmund are monitoring the player’s availability in case they lose German centre-back Mats Hummels to Barcelona while Anzhi Makhachkala are hoping to tempt the player to Russia with a big money offer.