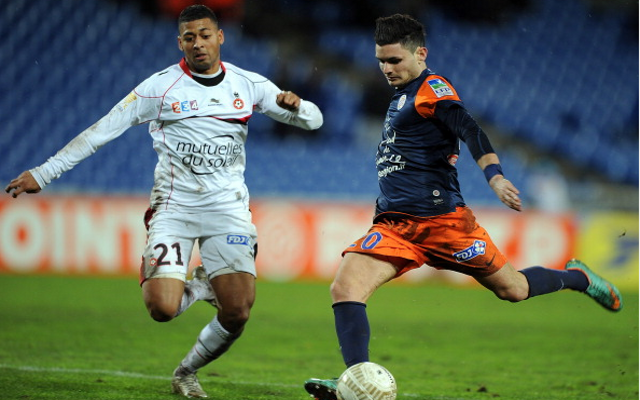 Arsenal are preparing a summer bid for Montpellier’s Remy Cabella according to The TuttoMercato.

Gunners boss Arsene Wenger has reportedly made the midfielder one of the club’s top summer targets after being impressed with the player’s performances for the Ligue 1 side this season. The player was first brought to the attention of the club by their former French star, Robert Pires.

Cabella has been in impressive form during the current campaign, hitting the back of the net on six different occasions, while also laying on six for his team mates, in just 24 appearances.

The player is thought to have a bright future in the game and Montpellier are keen to hold onto the youngster.

Cabella currently has a contract with the club which runs until 2016 but the French starlet is thought to be tempted by a move to the Emirates.

Cabella was a regular in the French under 21 side but has never made an appearance for the full international team.

But the player believes he has an outside chance of making it in Didier Deschamps’ France squad for the World Cup finals tournament in Brazil next summer and believes playing for Arsenal could help raise his profile.