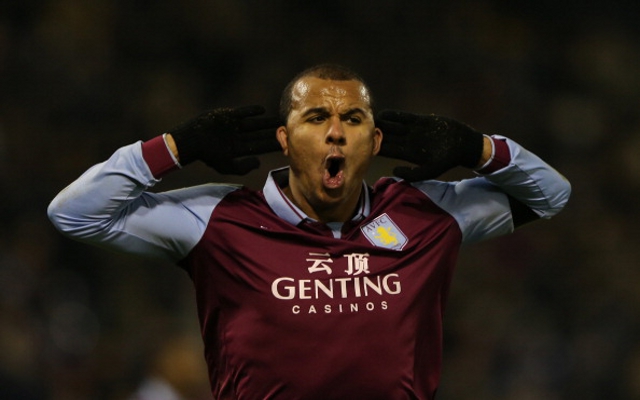 Villa boss striker will play crucial role in end of season run in.

Aston Villa boss Paul Lambert has heaped the praise on his striker Gabby Agbonlahor according to Sky Sports.

Agbonlahor struggled for form at the end of last season and during the beginning of the current campaign but has hit a rich vein of form since January, hitting the back of the net on four occasions.

Those goals could prove invaluable to the club as they battle for Premier League survival.

The club are currently in 18th place in the Premier League, one place below Wigan on goal difference but with the Latics having the chance to widen the gap should they win their game in hand.

Lambert has backed Agbonlahor to play a key role in the club’s push in the coming months to avoid relegation to the Championship.

The Scotsman expressed his delight at seeing Agbonlahor enjoy his football again and believes keeping the player fit could prove key to their success in the final run in.

Lambert praised the player’s pace and warned opposition defenders that the player was looking sharp in training.

Agbonlahor’s recent good form has played a role in Darren Bent’s absence from the squad that lost to Liverpool last weekend and could see Bent leave the club come the summer.