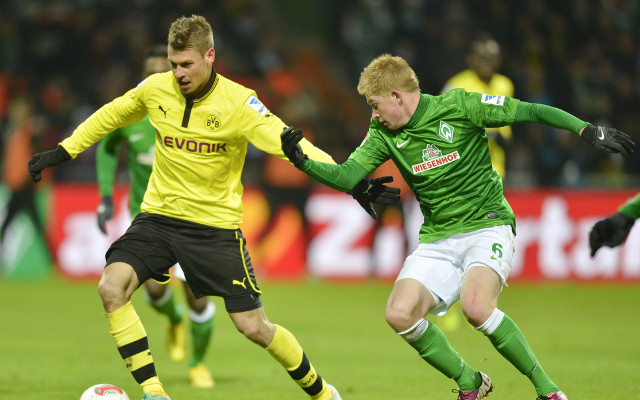 Belgian youngster unlikely to return on loan to Werder Bremen.

Chelsea’s Kevin De Bruyne is set for a summer move according to Suddeutsche.

The Belgian youngster is currently playing for Werder Bremen after joining the club on a season long loan deal last summer.

De Bruyne has put in a number of impressive performances for Bremen, but that has not been enough to prevent the club from struggling this season in the German Bundesliga.

The 21 year old revealed that Chelsea have informed him that he will not be returning to Bremen next season.

The Stamford Bridge side have not ruled out the possibility of a new manager wanting to keep De Bruyne at the club.

Should that not be the case, De Bruyne will find himself loaned out once more but the club are keen to see the midfielder play at a higher level than where is currently playing.

The player will have no shortage of suitors from clubs higher up the Bundesliga table with Wolfsburg and Bayer Leverkusen both reportedly keen on bringing the player in.

De Bruyne joined the club from Belgian side Genk on the last day of the January transfer window in 2012. Chelsea are thought to have paid a fee in the region of £7 million for his signature and he is considered to have a bright future in the game.