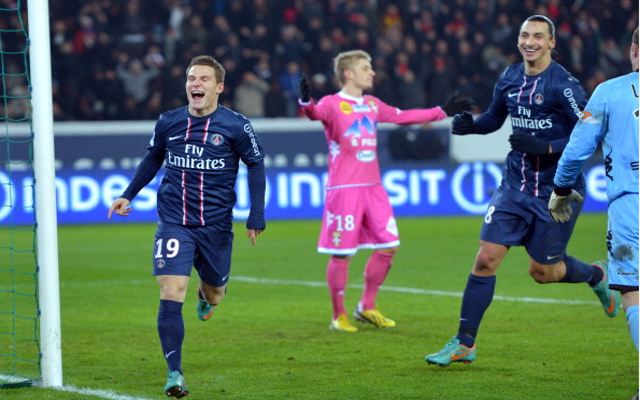 Goodison Park side amongst a number of clubs scouting the French international.

Everton are hoping to make a summer move for PSG striker Kevin Gameiro according to tuttomercatoweb.

The Ligue 1 side are reportedly ready to listen to offers for the French international after he has found himself out of favour at the club this season.

Gameiro has struggle to make an impact on the PSG first team since the arrival of Zlatan Ibrahimovic and Ezequiel Lavezzi and the 25 year old is reportedly looking to seal a move away from the club.

The former Lorient striker is desperate for first team football as he looks to establish himself in Didier Deschamps’ France squad in time for the World Cup finals tournament in Brazil next summer.

Gameiro remains highly rated across Europe after netting eleven goals in 27 games in his first season for PSG and has reportedly been watched by scouts from Everton, Valencia and Sevilla.

Liverpool are also thought to have made enquiries about the striker during the January transfer window but are thought unlikely to maintain their interest in the striker after Anfield boss Brendan Rodgers was told he would have just £20 million to spend on new players this summer.

Everton are keen to bring in a new striker after becoming frustrated with the inconsistent displays of Nikica Jelavic.