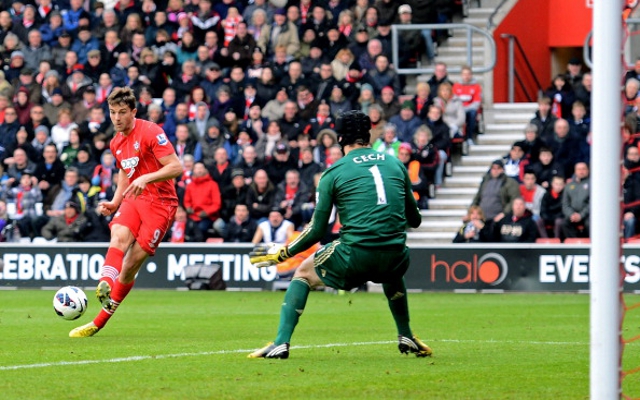 Liverpool are reportedly keen on Southampton striker Jay Rodriguez this summer according to Daily Star.

Brendan Rodgers is apparently keen on strengthening his Anfield attack and has earmarked a move for the former Burnley forward who has been in a good run of form of late.

The Saints forked out £7m to sign the former England Under 21 international last June and initially struggled for goals, netting just one in his first 15 Premier League appearances, but has recently turned in solid displays against Chelsea and Liverpool, netting against both.

Rodgers may well be keen on bringing in striking reinforcements to support his main strike pair of Luis Suarez and Daniel Sturridge with Fabio Borini and Andy Carroll perhaps on their way out having failed to make respective impacts at the Merseyside club.

Rodriguez impressed many during his time at hometown club Burnley, scoring 36 goals in his final two seasons at Turf Moor, and the powerful forward has shown signs of Premier League potential and would probably jump at the chance of a move to Liverpool.