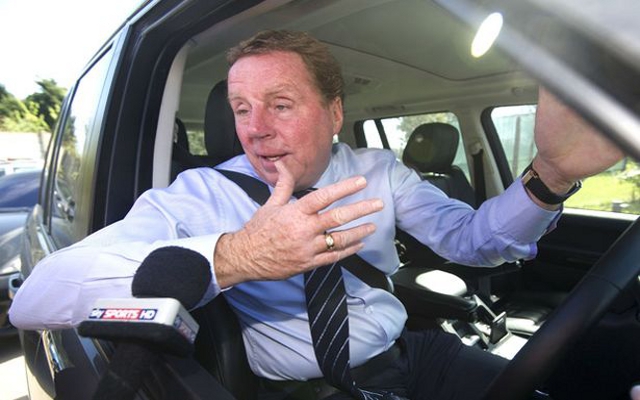 QPR boss Harry Redknapp has revealed that he would turn down the England job were it to be offered to him according to Sky Sports.

The former Tottenham boss was strongly linked with taking over from Fabio Capello when the Italian resigned from the national team last year.

But the FA eventually decided to instead opt for Roy Hodgson. Redknapp believes the FA were reluctant to pay Tottenham the £10 million compensation fee for his services despite him being the favourite for the job.

Redknapp made it clear he would take the job at the time, which left a sour taste in the mouth of the Tottenham hierarchy, eventually leading the club to sack Redknapp last summer and replace him with Portuguese boss Andre Vilas-Boas.

But Redknapp insists it was not Tottenham chairman Daniel Levy who forced him out of the club. The QPR boss believes the call came from the club’s owner Joe Lewis as Redknapp maintains he continued to enjoy a good relationship with Levy despite the England speculation.

Redknapp has now expressed his belief that his time has passed for the England job and stated that he would turn down the role should the FA offer it to him in the future.