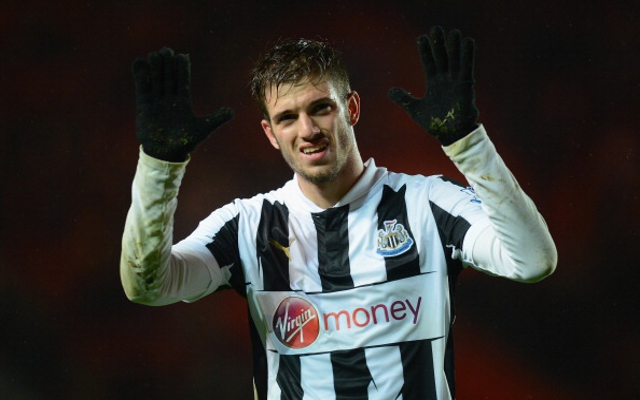 Russian side Zenit St Petersburg are looking to tempt Newcastle’s Davide Santon away from St James’ Park according to talkSport.

The Italian international has been highly impressive since joining the club from Italian giants Inter Milan for £5 million in 2011.

The player is rapidly establishing himself as one of the finest full backs in the division but those performances have not gone unnoticed by European scouts.

Santon was strongly linked with a move to AC Milan during the January transfer window after the club’s owner and former Italian Prime Minister Silvio Berlusconi expressed his strong admiration for the player.

A move failed to materialise but it is thought the Rossoneri are considering making a renewed attempt to sign the player come the summer.

They may now find themselves with competition for the player’s signature though with Zenit hoping to tempt Santon to Russia with big money offer.

Santon is thought to be keen to play at the highest level possible next season as he looks to establish himself in the Italy squad for next summer’s World Cup finals tournament in Brazil and could be tempted by the offer of European football.

Newcastle look unlikely to be playing in the Europa League next season as they are currently closer to the relegation zone than the European qualification spots.