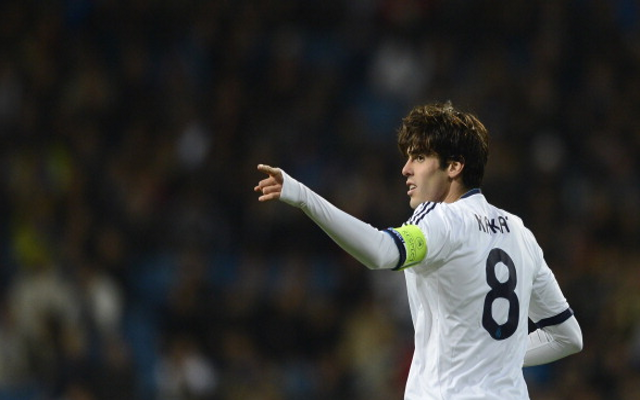 Brazilian midfielder looks set to turn down return to his homeland.

Check in to Real Madrid vs Levante UD

Kaka is looking to prolong his stay in Europe according to Tutto Mercato Web.

The Brazilian striker has found himself out of favour at Real Madrid after failing to make an impact on the first team following his move from Italian side AC Milan.

Kaka was once regarded as one of the best players in the world but a combination of injuries and a loss of form has seen him slip behind the likes of Mesut Ozil and Luka Modric in the Real Madrid pecking order.

The player was thought to be close to returning to AC Milan on loan during the January transfer window only for the two clubs to fail to agree a fee.

The Rossoneri instead opted to sign Mario Balotelli from Manchester City which could put the brakes on a potential return to the San Siro for Kaka.

The player remains certain to leave the Bernabeu this summer with Flamengo and LA Galaxy touted as potential destinations.

But Kaka has poured cold water on such speculation, insisting he wants to remain in Europe.

The player believes he still have what it takes to perform at the highest level and would prefer a move to one of Europe’s top clubs as he keeps one eye on making sure he makes the Brazil squad for next summer’s World Cup finals tournament.