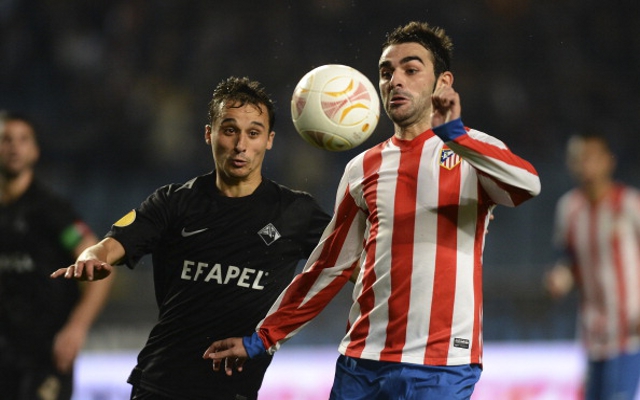 The club were close to sealing a deal for Atletico Madrid’s Adrian during the January transfer window, only for a move to break down after the two clubs failed to agree a fee for the player. Adrian has since fallen down the pecking order in the Spanish capital and Atletico are likely to accept a reduced figure come the summer.

The Spaniard put in some highly impressive performances for his club during their Europa League-winning campaign last season. Atletico Madrid reportedly have doubts about the player’s ability to cut it at the highest level as they gear up for a Champions League campaign next season but the player continues to have some firm admirers at the Emirates Stadium. The La Liga side are likely to demand a figure in the region of £8 million for the player which presents a minimal risk.

That could well allow the club to go pursue one of their other striker targets as well but Arsene Wenger may well incur the wrath of Arsenal fans should Adrian become his only attacking reinforcement this summer. Southampton are set to rival Arsenal for the player’s signature as new Saints boss Mauricio Pochettino knows the player well from his time in charge of Espanyol.