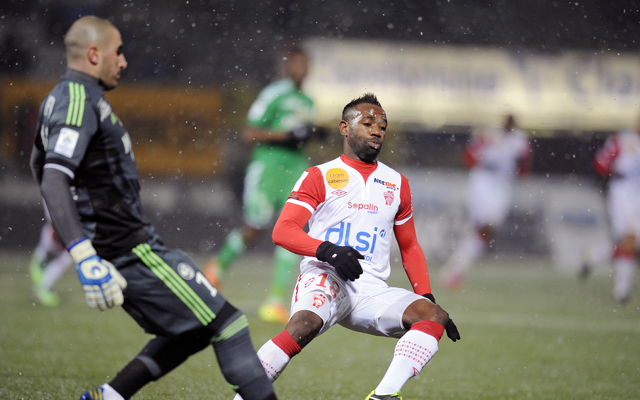 Goalkeeper attracting the interest of a number of top clubs.

St Etienne goalkeeper Stephane Ruffier could be set for a summer move to the Premier League according to Sky Sports.

“There are quite a lot of clubs attracted to him, both in England and Italy,” revealed Ruffier’s agent Patrick Glanz.

The goalie has been in fine form for the Ligue 1 side this season as he has helped them into contention for a place in next season’s Champions League.

His performances have not gone unnoticed though and Ruffier is set to be the target of a number of summer bids.

Manchester United and Arsenal are thought to be the leading Premier League clubs interested in the player’s signature.

United are keen to bring in a goalkeeper this summer to provide competition for Spanish stopper David de Gea.

Anders Lindegaard is reportedly unhappy with his lack of first team opportunities and looks set to leave the club this summer, freeing up a space in the United squad for Ruffier.

But the player may find a move to Arsenal more tempting where he would find greater chance of securing a spot in the first team.

Arsenal boss Arsene Wenger is known to be unhappy with current number one Wojciech Szczesny and believes he may have introduced the Polish youngster into the first team too early.

There is likely to be stiff competition for Ruffier’s signature though with the likes of AC Milan, Juventus, PSG and Monaco all thought to be ready to make a move for the player.