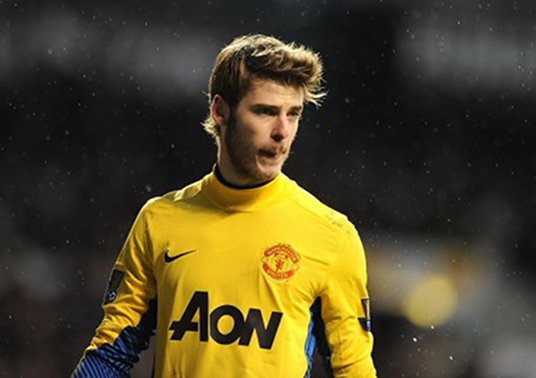 The young Spaniard is only playing his second season in goal for the Red Devils, having arrived as the Dutchman’s successor from La Liga outfit Atletico de Madrid in a deal worth £17.8 million in the summer of 2011.

However, this campaign the Spain Under-23 international has improved dramatically, sealing the No 1 berth with a series of eye-catching displays in goal for the Red Devils, with De Gea’s form going a long way towards helping the club regain their Premier League title from arch-rivals Manchester City.

And Van der Sar now believes the shot stopper will go on to establish himself as a legend at the club.