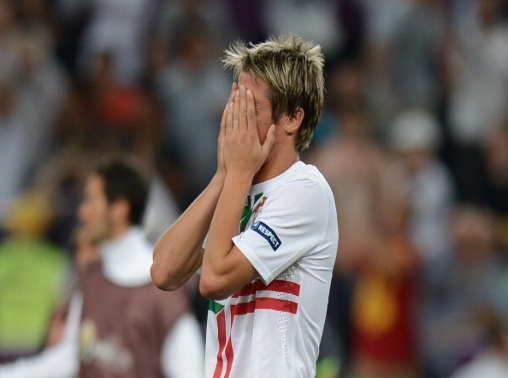 Tottenham Hotspur have got their eye on an end-of-season swoop for Real Madrid full-back Fabio Coentrao, according to reports in the Daily Mirror.

The North London club are said to be bracing themselves for the possibility of Cameroon international left-back Benoit Assou-Ekotto departing White Hart Lane this summer to join mega-rich French outfit AS Monaco.

However, Tottenham head coach Andre Villas-Boas is understood to have already identified a replacement for the defender, and it is Madrid full-back Coentrao, who the Portuguese knows well from when both men were working in Portugal prior to their respective departures abroad two year ago.

The 25-year-old Portugal international, who arrived at the Santiago Bernabeu from the Portuguese capital in the summer of 2011 for a world-record transfer fee for any full-back of 30 million euros, is said to have grown weary of having to alternate at various times with Brazil international Marcelo, with a move to London believed to appeal to the player.

But, Spurs will still need to fork out in excess of £16m if they wish to convince the Spanish giants to do business this summer.