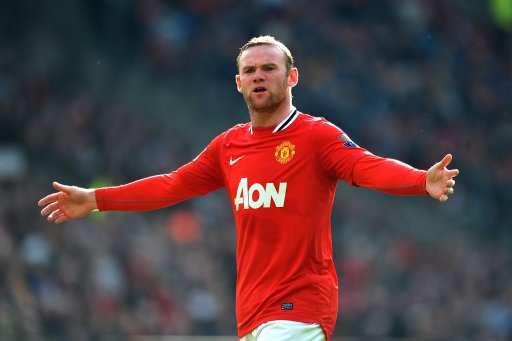 Forward could be heading for the Old Trafford exit door come May.

Manchester United front man Wayne Rooney will leave the Premier League giants to join big-spending Ligue 1 outfit Paris Saint-Germain at the end of the season, according to reports in the Daily Mail.

The England international has been the subject of constant speculation of late as to what his future holds at Old Trafford, especially after the 27-year-old attacker was left on the bench for the second leg of the Red Devils’ crucial UEFA Champions League last-16 home clash with Real Madrid in February.

And coupled with the fact that Rooney has only 12 Premier League goals so far this season, and just 16 in all competitions (his joint-worst return since joining the club from Everton nine years ago), it is believed that United head coach Sir Alex Ferguson could be willing to part company with the £30 million-rated attacker this summer, especially in light of new signing Robin van Persie’s impact this campaign.