Attacking pair could swap Old Trafford for the Parc des Princes this summer.

PSG are ready to make a sensational £40m double-bid for Manchester United duo Wayne Rooney and Nani, reports The Sun.

The mega-rich Ligue 1 outfit are understood to be confident of landing Rooney, after a well-respected former sports advisor to the Parc des Princes club, Michel Moulin, appeared on French TV to claim: “Rooney to PSG is done.”

“I announce from trusted sources, he will be at PSG next season,” added Moulin, 52, who is also the boss of French publication Le10Sport.

Rooney’s future with the runaway Premier League leaders has been the subject of intense speculation after the England international, 27, was omitted from the starting XI for the club’s crucial Champions League last-16 second leg clash with Real Madrid last month.

But the former Everton striker has hit a rich vein of form since the high-profile snub and contrasting reports say that Rooney will be offered a new deal to stay at Old Trafford. His existing contracting has a further two seasons to run.

The Sun, however, reports that PSG are also ready to offer the Red Devils £15m for unwanted winger Nani, who has not been offered a new deal at Old Trafford after a disappointing campaign for Sir Alex Ferguson’s side. 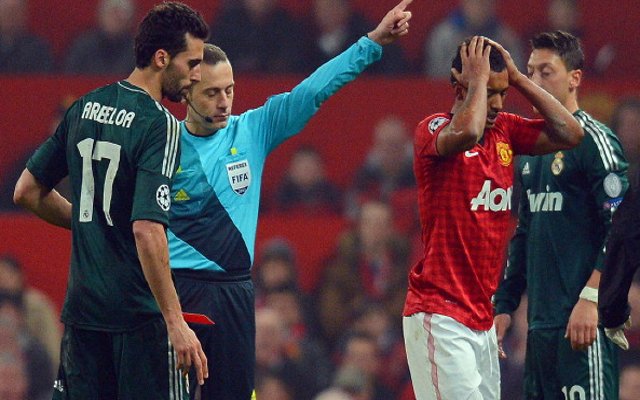 The Portuguese international’s current contract runs out at the end of next season and the 26-year-old has made just 6 Premier League starts all term.

Meanwhile, Swedish striker Zlatan Ibrahimovic, who has scored 31 goals in 40 appearances for the Parisiens this season, has urged Rooney to join him in Ligue 1.

“If he wants to be part of the best project in football then there is only one club to sign for.

“I can understand why the owners are interested in Rooney, he is in the top 10 of strikers in Europe.”