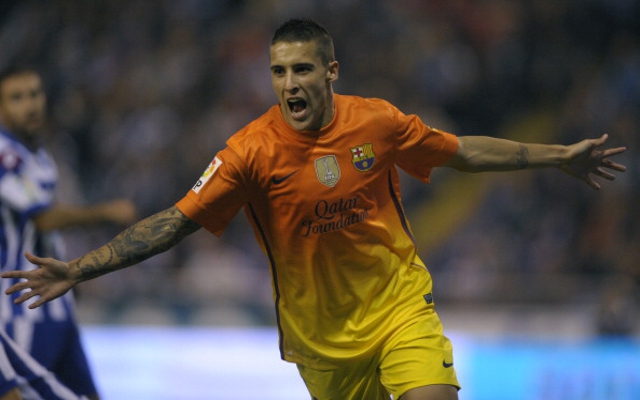 The youngster is highly rated at Barca, and has eight goals and five assists despite limited appearances for the team this season. Although he faces a lot of quality competition ahead of him, he has recently been starting to make a mark on the first team.

Barca may re-shape their squad a bit this summer with the possible departure of veteran forward David Villa, and to lose one of their most exciting young talents on the cheap would be a real blow.

The relatively cheap clause in his contract is apparently down to him not making enough appearances this season. His contract states that if he features in at least 25 minutes in 51 official matches, the fee would rise to £12m – still a decent price for a player of his ability and potential.

The 21-year-old has been linked with a few Premier League clubs, most notably Arsenal and Liverpool, and Arsene Wenger has a track record of nurturing young talent, particularly favouring the products of Barcelona’s famous youth system.