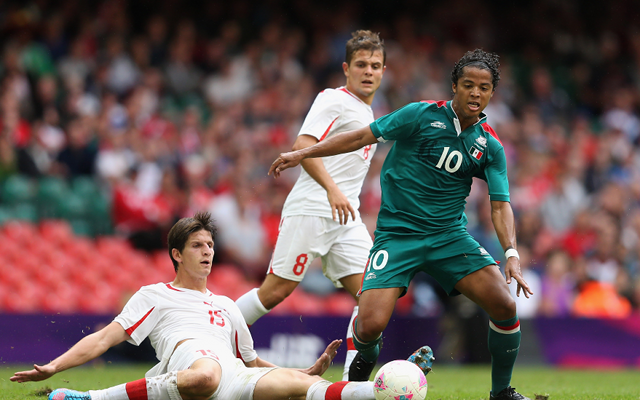 Mexican forward, Giovani dos Santos, has opened the doors for a possible return to the Premier League, claiming that he would like to  play in England again to show people what he can really do, talkSPORT reports.

The 23-year-old joined Tottenham for £4.7 million in 2008 but failed to make an impact curing his time in North London. Thinking they had a future megastar on their hands, the Mexican international’s capture from Barcelona seemed to be quite the coup for Harry Redknapp.

However, the diminutive forward made just 31 appearances for Spurs over a three year spell, spending most of his time out on loan with Ipswich, Galatasaray and Racing Santander, before joining Real Mallorca in a £900,000 deal last summer.

Dos Santos could be on the move again this summer, though, as Mallorca battle relegation, and he has suggested that despite being happy at the club, the time could be near for him to move on.

“I haven’t thought much about moving. I’m focused on doing things well here at Mallorca. I have a contract and for the moment I’m happy but in football you never know what is going to happen, ” he said.

Also moving to dispel any rumours about his party attitude, he said; “What happened at Tottenham was that I was not given chances, I have always been very professional and never had any problems with any manager. I simply did not fit in with his [Harry Redknapp’s] plans.”