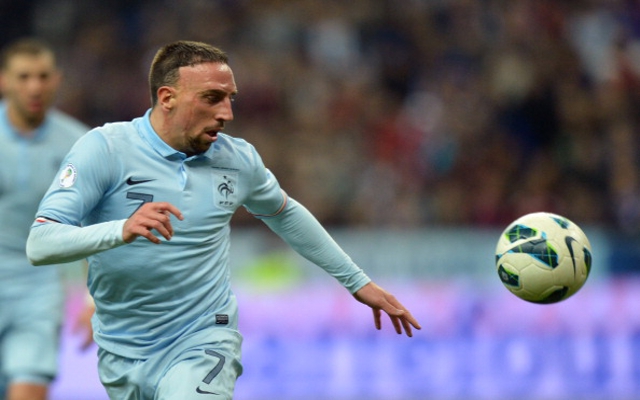 Bayern Munich’s Franck Ribery has revealed that he turned down the advances of Spanish giants Real Madrid and Barcelona according to MundoDeportivo.

Bayern are set to go head to head with Barcelona in this season’s Champions League semi-final and the war of words looks like it is already beginning.

The winners will face the victors of the game in the other semi final between Borussia Dortmund and Real Madrid and all four clubs are desperate to win the trophy.

Bayern are considered by some to be favourites for the tournament after they demolished a Juventus side which has been dominating Italian football for the last eighteen months at the quarter final stages.

Barcelona are also considered to be strong contenders as they continue to be able to call upon the talents of Leo Messi, Xavi and Andres Iniesta.

Ribery has now revealed that he turned down the chance to join Messi and co. at the Nou Camp a few years back. He stated that both Barcelona and Real Madrid had tried to secure his signature “two or three years ago” but he decided to stay with German giants Bayern.

Ribery went on to insist that it was a decision he does not regret because he feels at home with the Bavarian giants.