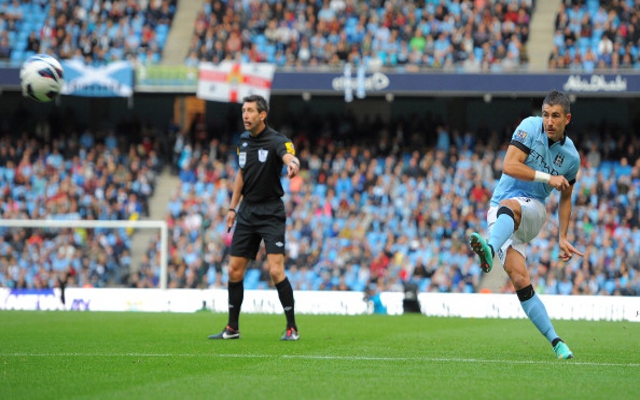 The Serbian defender joined City from Juve’s Serie A rivals Lazio in 2010, but has failed to nail down a regular place in Roberto Mancini’s starting eleven.

Despite the ability to score cracking free-kicks and long-range shots with his powerful left foot, the 27-year-old is often preferred to Gael Clichy, as he is quicker and better defensively.

Juventus were interested in Kolarov while he was at Lazio and may now feel they can lure him away from the Etihad Stadium. He would arguably fit in better with Antonio Conte’s system – three centre-backs and five in midfield, where Kolarov could operate more as a wing-back, making the most of his attacking ability and with less pressure on him defensively.

Juventus are likely to win the Scudetto again this season, and will look to spend some money in the summer to improve their chances in the Champions League, after they were beaten fairly easily by Bayern Munich at the quarter-final stage this year.

City as well are likely to re-shape their squad this summer after failing to retain their Premier League crown. It would not be surprising if Kolarov were seen as a player they’d be happy to sell.