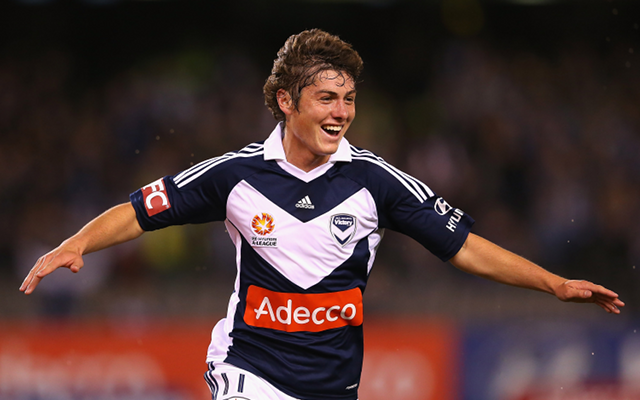 New Zealand international, Marco Rojas, 21, has put a host of clubs on red alert after announcing that he intends to quit the A-League for a move to Europe, Sky Sports reports.

The highly rated Kiwi is currently playing for Melbourne Victory in Australia but has said that he plans to leave the club this summer and move to a European club.

Liverpool had been rumoured to be interested in the player, but reports suggest that clubs from Germany have also expressed an interest in taking him on board.

Rojas can play on either the wing or just behind the strikers and has been in fine form this season, bagging 15 goals in 27 games, a feat that landed him the player of the year award ahead of big-name stars Alessandro del Piero and Emile Heskey.

Born in Hamilton, NZ, to parents of Chilean Descent, he has won 13 caps for the All Whites having first broken into the squad in 2011.

Victory coach, Ange Postecoglou, expressed his disappointment at losing the starlet, but wished him all the best on his journey anyway:  “While we would have loved to have seen him stay here at Melbourne Victory for a little longer, we knew we couldn’t stand in the way of his European ambitions,” he said.

“He’s rightly attracted plenty of attention around the globe for his efforts this year.”