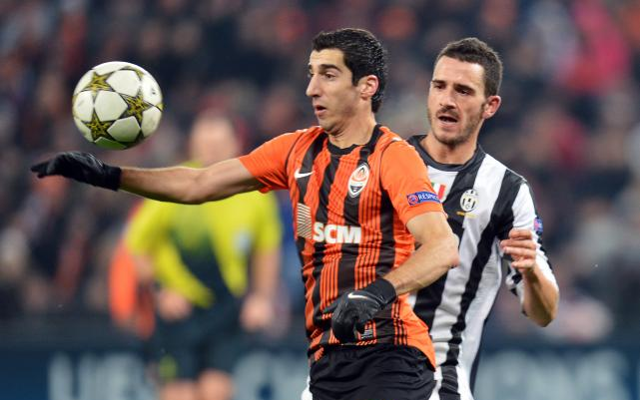 Shakhtar star has caught the attention of Brendan Rodgers.

Liverpool manager Brendan Rodgers will look to strengthen his squad with Armenian attacking midfielder Henrikh Mkhitaryan of Shakhtar Donetsk, according to talkSPORT.

The attacker has enjoyed a successful spell in the Ukraine, even being voted Shakhtar’s player of the year for the 2011/12 season, but they now appear willing to sell the 24-year-old for a fee of around £12million.

Rodgers has been given a good financial backing since arriving at Anfield, as the Reds look to stamp their dominance on the Premier League once again.

Some money has been spent unwisely in the past, with the likes of big-money signings Andy Carroll, Stewart Downing and Jordan Henderson failing to live up to their price tags, but there have been some signs that the club’s investment is starting to pay off, with January purchases Daniel Sturridge and Coutinho impressing since joining Liverpool.

Mkhitaryan would add depth to Liverpool’s squad, as the pacey attacker can play both in midfield and upfront. With 24 goals in the Ukranian Premier League this season, he could help take some of the burden for goals off top-scorer Luis Suarez.

The player himself is apparently keen on a new challenge, so Liverpool may well land themselves a good deal here.