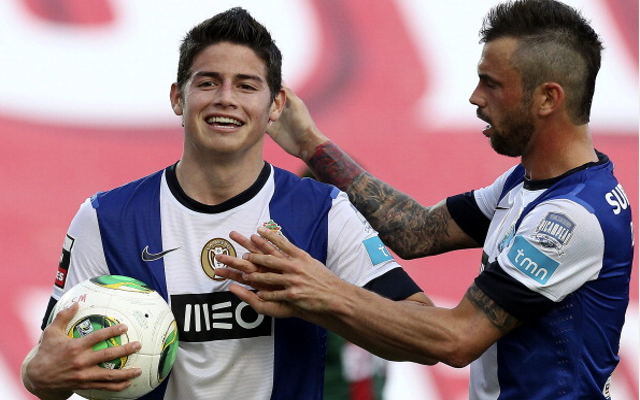 Atletico Madrid are preparing to go head to head with Manchester United for Porto midfielder James Rodriguez according to The Express.

The two clubs are thought to share a good relationship following the arrival of goalkeeper David de Gea at Old Trafford.

Reports in recent weeks had suggested that the two club’s relations could prove key in bringing Colombian striker Radamel Falcao to Old Trafford.

But those relations may be about to sour as the Spanish giants are reportedly ready to make a summer bid for Rodriguez.

United boss Sir Alex Ferguson is known to be a long term admirer of the player and will not be happy to hear of the increased competition for the player’s signature.

The Colombian midfielder has been in fine form for his club this season and has played an integral role in the Porto team that has gone unbeaten in the league this season.

Rodriguez has laid on a number of goals for his team mates while also hitting the back of the net himself on nine separate occasions.

That has persuaded the likes of Atletico and United to tempt the player away from the club as Rodriguez is expected to have a bright future within the game.