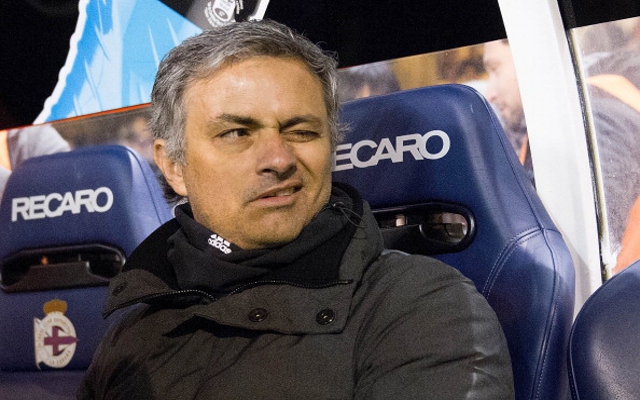 Spanish giants insist nothing has been decided regarding the Portuguese boss’ future.

Real Madrid have moved to dampen speculation linking Jose Mourinho with a move away from the club according to ESPN.

Speculation regarding the Special One’s future has intensified in recent days following a joke reportedly made by the former Chelsea, Porto and Inter Milan boss.

Mourinho reportedly visited the Canillas youth team, where his son plays, and told people that he would be back at Chelsea in the summer.

But the suggestion has now been dismissed by Real Madrid President Florentino Perez who has insisted that the claim was nothing more than a ‘joke’.

Mourinho’s future in the Spanish capital has looked increasingly uncertain in recent months.

The Portuguese boss’ future at the club looked assured at the end of last season after he helped the club beat rivals Barcelona to the La Liga title.

But the club have failed to mount a serious challenge in the Spanish league this season after they suffered a disappointing start to the campaign.

That allowed Barcelona to build up an unassailable lead and Madrid will have to settle for competing in the Champions League and Copa del Rey for the remainder of this season.

Chelsea, PSG and Inter Milan are thought to be favourites to sign Mourinho should he become available this summer.