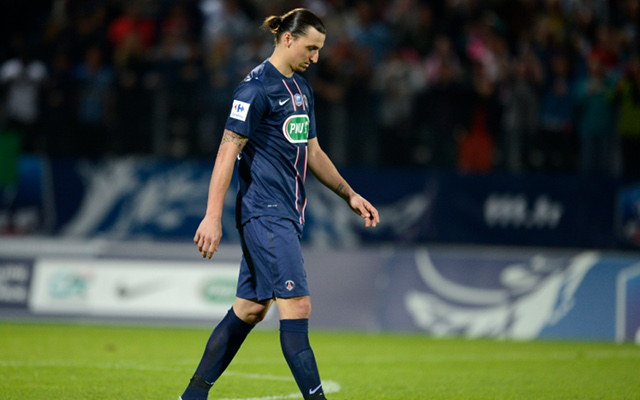 Ligue 1 leaders PSG blew their chance of a domestic double after crashing out of the Couple de France on penalties against lowly Evian.

Big money summer signings Zlatan Ibrahimovic and Thiago Silva missed for first two spot kicks for the ten-man visitors, after the game had finished 1-1 after extra time, and Evian went on to win 4-1 on penalties to progress to the semi-final.