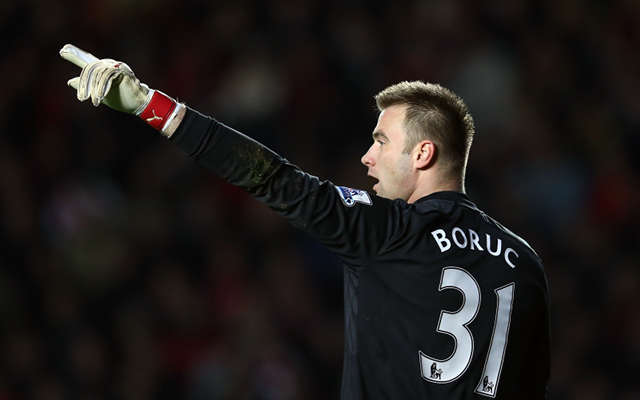 The Holy Goalie to stay with Saints.

Southampton goalkeeper, Artur Boruc has extended his stay on the south coast by agreeing a new two-year deal that will keep him at the club until 2015, Sky Sports reports.

The 33-year-old’s current deal was set to run out in June but he has agreed a deal to stay on after enduring a difficult first season with the club.

The Polish international has been in and out of the squad this season as both Nigel Adkins and Mauricio Pochettino have experimented with the goalkeeper position this term. Boruc has been in competition with Kelvin Davies and Paolo Gazzaniga for a starting spot and has made 16 appearances, keeping four clean sheets as Southampton claw their way to safety.

“I am very pleased and I’m proud to be a part of a big project,” he said, “As a club, I believe we can achieve a lot over the next two years, and I’m looking forward to that.

“The Premier League is probably the best place to play football and nothing has changed my mind on that since I came to Southampton. “The new manager has changed a lot – we’re playing totally different football, and I think that football is quite nice to watch and quite effective.”

Boruc joined Southampton after spending two seasons at Fiorentina in Serie A. He had famously made his name at Celtic, earning himself the nickname ‘Holy Goalie’ for antagonising Rangers fan by crossing himself of the Ibrox pitch during an Old Firm game.