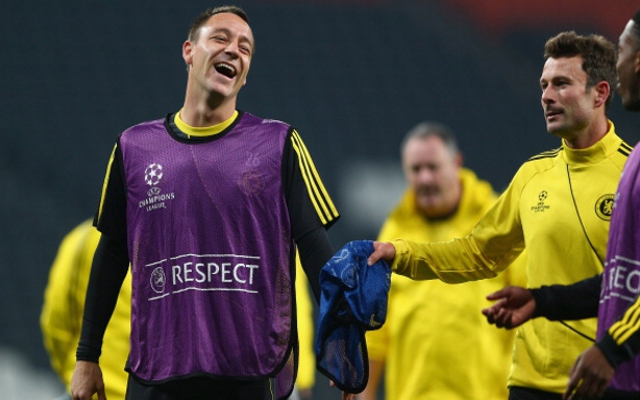 John Terry could be set for a surprise exit from Stamford Bridge.

Chelsea captain John Terry has been linked with a move to Turkey, with speculation mounting that the frozen-out defender will leave the club this summer.

The Independent claim that Terry will listen to offers from Galatasaray and Fenerbahce, after growing tired of being used sparingly by interim manager Rafael Benitez.

Although it is doubtful that Benitez himself will stay on beyond this season, he has preferred Gary Cahill and David Luiz in the centre-back positions, and has even moved Branislav Ivanovic, normally a right-back, into the centre of defence as well on occasion.

Terry returned to the team on Wednesday night, scoring twice in a 3-0 win at Fulham, but has struggled for fitness and form over the last couple of seasons, leading some to question whether his time at the club is up.

Big-spending Galatasary have recently shown their ambition with signings of Wesley Sneijder from Inter Milan, as well as Terry’s old Chelsea team-mate Didier Drogba, and would be one of few clubs willing and able to pay the former England captain’s £150,000 a week wages.

With Drogba leaving last summer, and Terry and Frank Lampard likely to follow this year, it truly is the end of the Chelsea old guard that had so much success over the last ten years.