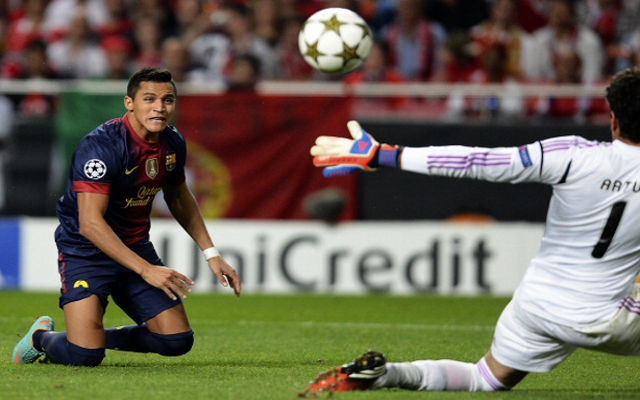 Alexis Sanchez says he is happy to stay and fight for his place at Barcelona.

Barcelona winger Alexis Sanchez has rejected talk that he could leave the club for a return to Serie A this summer, saying he is happy with life at the Nou Camp.

The Chilean winger has not quite lived up to his potential at Barca since a big-money move from Udinese in 2011, and it has been suggested that Inter Milan and Juventus might try to lure him back to Italy, where he caught the attention of a lot of top clubs with his performances. He has also been linked with Arsenal.

However, Sanchez told La Vanguardia that he feels he has learned a lot in Spain and can improve on his displays this season.

“I am calm,” he said.”I am focused on the Champions League matches. I want to win and I want to fulfill my contract which ends in 2016.

“For me, Barca is an education as a club. This is a club that teaches you a lot, as a person and a player, a club that takes care of both and in which I hope to learn as much as I can and to push myself to the maximum.

“I think I can give much more. When I scored 15 goals last season nobody said anything.

“This year I have six goals and there have been opinions from everyone, some strong, and some bad, but others have been okay.

“But I have to have confidence in my ability and I have to move on.”

Even if Sanchez is happy, Tito Vilanova may feel he could bring in someone better this summer. The Catalan giants have already been linked with a sensational move for wantaway Manchester United star Wayne Rooney.