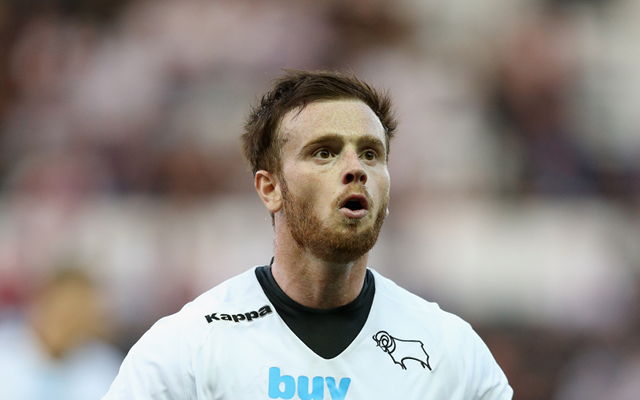 Derby Country defender is wanted by a number of Premier League clubs as it looks increasingly likely that his future lies away from Pride Park according to Sky Sports.

The 25-year-old has been one of Nigel Clough’s standout performers this season despite the club currently sitting in 15th place in the Championship table. So far this season he’s made 40 appearances for The Rams, scoring twice.

His performances have put him in the spotlight of several Premier League sides too, with the likes of West Ham, Stoke, Wigan, and recently promoted Cardiff City all lining up to take a closer look at the former England C international.

Brayford began his career at the then Conference side Burton Albion under current boss Nigel Clough before making the move to Crewe Alexandra. In 2010 Derby paid an undisclosed fee for his services and as the only right sided defender at the club he made the position his own without ever looking complacent.

A move away in January had been mooted with both West Ham and Cardiff said to be preparing bids but nothing materialised.

Derby need funds for the summer so a move away for Brayford now seems like a foregone conclusion. Clough was able to hold off on letting him go in January but his arm may be twisted as the club need reinforcements to mount a suitable promotion push next term and avoid another year of mediocrity.