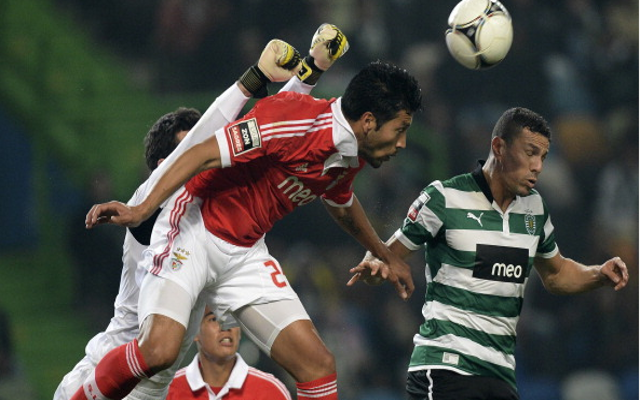 Spanish giants set to make move for Argentine centre back.

Manchester United have been hit by the news that Real Madrid are set to join the race for Benfica’s Ezequiel Garay, reports talkSPORT.

The Old Trafford side have been monitoring Garay’s progress for some months as they ponder a summer move for the player.

United had thought they were in pole position to sign the defender and were ready to take their time as they considered a summer move.

But reports are now suggesting that Spanish giants Real Madrid are keen to re-sign the Argentine star.

Garay spent three years in the Spanish capital with Real where he struggled to assert himself on the first team.

The defender eventually left to join Benfica in 2011 where he has gone on to become one of the most accomplished defenders in Europe.

It now appears that Madrid are ready to offer Garay the chance to redeem himself back at the Santiago Bernabeu.

United are thought to be keen to bring in a new centre back this summer as they look to prepare for life without ageing defenders Nemanja Vidic and Rio Ferdinand.

Madrid are also thought to be in the market for a centre back, with Portuguese defender Ricardo Carvalho expected to leave the club this summer.