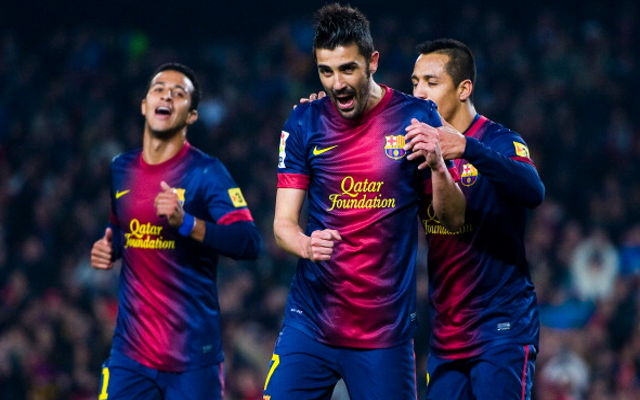 Barcelona’s David Villa will make a decision on his future in the summer, but is happy at the Nou Camp.

Barcelona striker David Villa has denied reports that he is unhappy at the club, and will make a decision on his future in the summer, according to Goal.com.

The Spanish hit-man was strongly linked with a move to Arsenal in January due to a lack of first-team football at the Nou Camp, but has played down talk of being unhappy and having a rift with star player Lionel Messi.

At 32 years of age, he may find Barca decide to cut their losses with him this summer but the man himself insists he is in no hurry to leave.

“I’m happy right now,” he said in a press conference.

“I have a contract and both supporters and the club recognise my work. There will be time for talk about any transfer [in the summer].”

He also hit out at reports that suggested he and Messi did not get on, saying that the media greatly exaggerated a few minor verbal disagreements between the pair.

“I have a good relationship with Messi,” he added.

“We are past all those perceived verbal clashes. Some things that have happened are normal for football matches. People tend to look at us with a magnifying glass.”

If Villa leaves the Catalan club he will not be short of suitors, and it has been suggested that Arsenal could move for the veteran striker again in the summer.