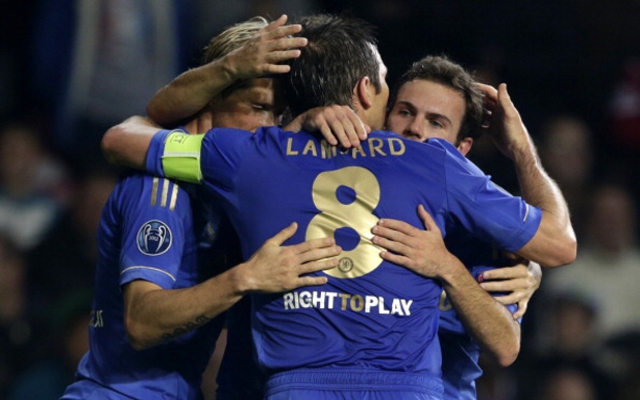 Stamford Bridge midfielder Frank Lampard is predicting a tight run-in for the sides chasing a Champions League place.Chelsea star Frank Lampard believes that the race for a top four finish in the Premier League could go down to the final day of the season, he told London24.

The Chelsea midfielder has been linked with a move away from the club at the end of the season, but for now is focused on helping the side achieve their aim of a Champions League place.

The 34-year-old conceded that the Blues may have the hardest-looking fixtures, but knows things can change very quickly, and will take inspiration from his team’s miraculous Champions League final win last year.

Chelsea struggled for consistency domestically last term and ended up in sixth place, but steered their way past giants of European football such as Barcelona and Bayern Munich to earn a shock win in Europe’s top competition.

They were eliminated at the group stages this year, but the former West Ham man added that winning the Europa League alongside getting a top four place would still represent a good season for the club.

“It is a hard run-in so I don’t think we will say we have a stranglehold on it until we actually have it. It could go down to the last game of the season.

“It was almost a disaster last season and then we won the champions league and it became the best season in our history. That’s football and you will be judged on your end results.

“We are in that critical time now, not just the manager but us as players to perform individually and as a team and try and make it successful.

“You have to give credit to Chelsea as a club because when people talk about crises and up and down seasons we still find ourselves in with the chance of a cup and Champions League qualification next season, that’s quite something. There’s a lot of clubs behind us who are not going to get that.”

Chelsea will look to progress with a win at Anfield this weekend, though Lampard believes there will be tougher tests ahead even if they manage to beat Liverpool.

He added: “We would be in a good position, to be sure, if we win it but it is a tough game this weekend. Then we have Manchester United away, Tottenham at home, Villa away and Everton at home.”