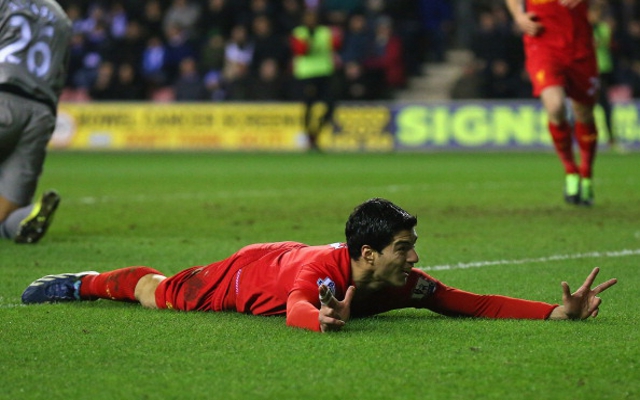 Brendan Rodgers believes Luis Suarez would be a worthy winner of PFA Player of the Year.

Liverpool manager Brendan Rodgers has backed his striker Luis Suarez to win PFA Player of the Year this season, after the list of nominees was announced yesterday.

The Uruguayan forward joined Robin van Persie, Gareth Bale, Juan Mata, Eden Hazard and Michael Carrick on the list of candidates for the award, and although Rodgers acknowledged his player had quality competition, he felt he was deserving of the prize.

Suarez is the leading goal scorer in the Premier League this season with 22 goals, and has really flourished for the Anfield side since Rodgers took over as manager, introducing a more technical passing game to the team.

“It’s great for him and it’s also a mark of the team,” the Northern Irishman said. “He will say himself he has got great support from the players around him.

“But for him his role and function in the team has been absolutely outstanding and I’m sure he’ll be one of the favourites to win it.

“The players that have been mentioned are top-quality players – players like Gareth Bale and Robin van Persie have had outstanding seasons.

“But I can only look at Luis as a player. I don’t think there is any club in the country that wouldn’t want him in their team.

“What he has done for us this season has been amazing.

“He would certainly be my favourite for it – and he’d thoroughly deserve it.”

Robin van Persie won the award last year, and could edge Suarez this time around if he overtakes him in the Premier League scoring charts. With the Dutchman almost certain to win the title with Manchester United, this achievement may also be taken into consideration.

Suarez’s displays certainly won’t go unnoticed though, as Liverpool already face the prospect of a flurry of transfer bids coming in for the 26-year-old this summer.