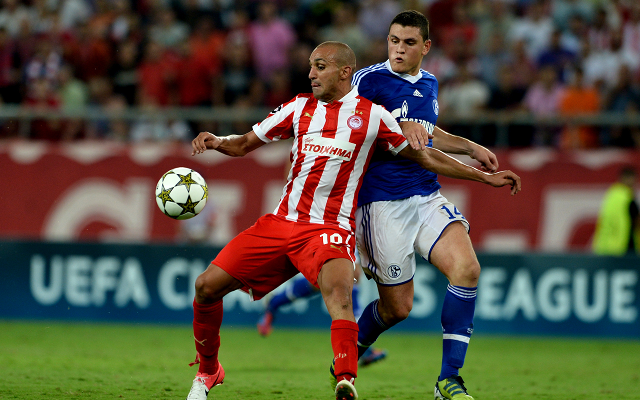 Olympiakos striker Rafik Djebbour has announced that he’ll be keeping his options open this summer as he targets a move abroad, Sky Sports reports.

The 29-year-old has been in prolific form for the Greek giants and he now wants to test himself in a top league before it’s too late.

“I have a contract until 2016. I am, however, 29 years old and if there is an opportunity to play in a top league, such as the English or French leagues, I will take it,” he said.

“The deal would also have to be right for Olympiakos.”

Djebbour began his career in France, where he was born, but has spent the majority of his career in Greece via a season in Belgium. He joined Olympiakos in 2011 from rivals AEK Athens and has gone on to score 37 goals in 63 games.

However, he is not so prolific on the international stage, notching just five goals in 28 caps for his adopted nation.

With 20 goals already this season he may prove to be a shrewd piece of business for a mid-table club looking to add more firepower up front, and not only that, he is a seasoned Champions League veteran. He is valued at just under £5 million and at 29 years of age this summer may very well be his final chance to make the jump to a Premier League side.