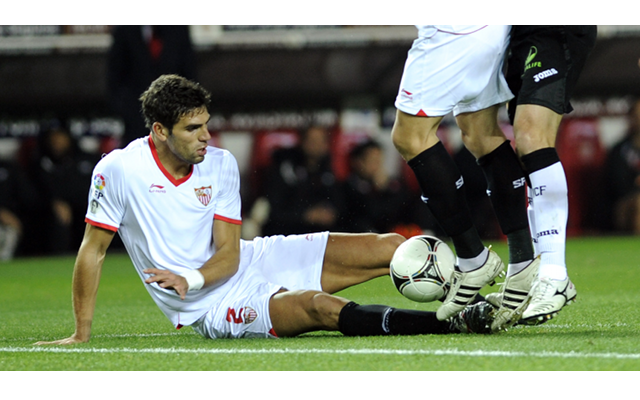 Argentine international attracting interest from abroad.A number of English clubs are said to be monitoring Sevilla defender Federico Fazio, according to Sky Sports.

The 26-year-old has spent most of his career with the Spanish side, making just over 100 appearances for them and he now feels that the time is right to move on and experience a new culture.

Arsenal and Liverpool have both been linked with the Argentine international in the past, but they are now joined by a host of interested clubs from Germany, Russia and Italy. Sevilla reportedly turned down a number of offers for the player’s services in the January transfer window, though they may be tempted to follow through on one this summer instead of risk losing him for little to nothing.

The Argentine international’s current deal expires in 2014 and his agent, Ariel Kiperszmid, has claimed that he and his player won’t be entering negotiations to stay in Southern Spain.

“His future will likely be far from Sevilla. We want to try a new experience,” he said, “In January, the club refused offers from German and Russian sides, but they might be content with a few million in the summer.

“Four Italian sides like Fazio and Serie A would be a welcome destination, but he also has admirers in England.”

Fazio has made 24 appearances this season and is valued at just over £5 million, although he may be available for a fraction of that when the transfer window reopens.